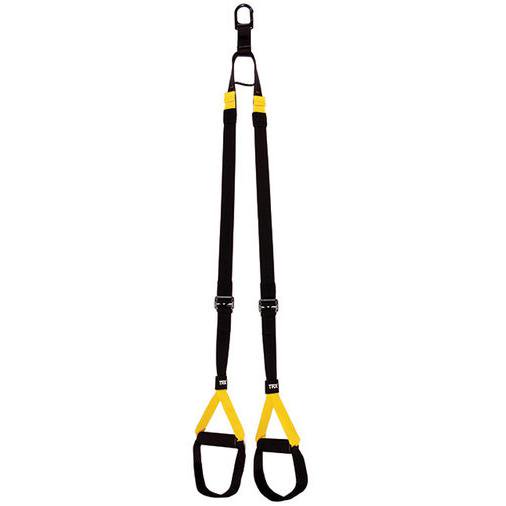 
What exactly is TRX and why should I use it?

The TRX is a suspension training system that uses bodyweight as resistance which allows the user to make exercises harder or easier as needed by simply stepping closer or further away from the anchor point.  This awesome piece of equipment was invented by former Navy Seal, Randy Hetrick, who wanted to have a functional piece of fitness equipment to use in the field that wouldn’t be too heavy or bulky but allow him and his team to get in a great workout.  Personally, the TRX turned my life around and was the first piece of equipment I found that worked for me to get into better shape and eventually become a personal trainer. With the TRX, you can do virtually any exercise: pull, press, squat, lunge, plank…and SO MUCH MORE!

Can anyone use the TRX?

Absolutely!  Exercises are easy to modify based on how challenging you want the exercise to be, or if you have had an injury.  It can be used with anyone of any fitness level!  I have personally used it with kids as young as 6, clients as old as 90, clients who have had a stroke, spinal cord injury, TBI, MS, or Parkinson’s Disease (to name a few), athletes, clients rehabbing injuries, etc.

How can an injured person safely use the TRX AND still get a good workout?

In the hands of a knowledgeable trainer, the TRX can safely be used with just about any client with an injury/limitation.  Here are some examples:

So if the TRX is so great, why is it the most underutilized piece of fitness equipment that many people have seen in gyms, but rarely see anyone using?

Good question.  Many people are intimidated by something they are unfamiliar with.  Many people don’t know how to use it correctly.  If used incorrectly, it is likely that the appropriate muscles won’t be engaged and therefore the user won’t feel the benefit, or even get injured. With the help of a skilled trainer, you can reap the huge benefits of the TRX because the trainer can watch your form and help you make adjustments (engaging core with an active plank, dropping shoulders down, squeezing glutes, etc.) while you are doing the exercises.

How can I learn how to use a TRX?

As luck would have it, Formative Fitness has a trainer in house who has extensive experience with the TRX!  Also, we are adding a FIT group: TRX edition, which is the perfect way to get introduced to TRX at a reduced cost!